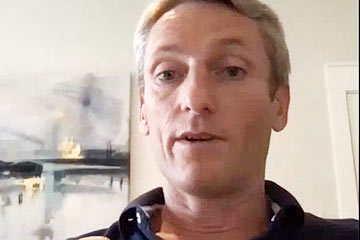 Many businesses recognize the need for social media advertising. But describing social media ads is a bit like counting raindrops in a thunderstorm. The trends are many, fast-moving, and often gone in a flash.

At least one industry practitioner believes social advertising is growing in acceptance despite tracking concerns and may soon be a full-fledged ecommerce channel.

Let’s take these three trends one by one — acceptance, signal loss, and shops.

A segment of the commerce industry that includes ecommerce, omnichannel, and B2B has had a long and successful relationship with social media advertising. But this is not the case for everyone.

“I think a lot of brands, retailers, grocers have finally accepted that social is the best platform upon which to reach their customers at scale with personalized messaging,” said Conor Ryan, chief information officer at StitcherAds, a social media advertising platform

The pandemic “put so much pressure on so many businesses to move quickly that [digital transformation] was crammed into [a few months],” said Ryan during a live interview with the CommerceCo by Practical Ecommerce community on July 8, 2021.

The brands that made this transition accepted that they needed to use social advertising out of necessity, “but then it started performing as it was always going to do. Lots and lots of advertisers have come to the platform — many of them have played around with it before — but now really embraced it as one of the core pillars to achieve marketing and advertising goals,” Ryan said.

The long-term impact of this acceptance is unclear. But it could be that if more and larger brands enter the social ad space or increase their investments (sometimes spending millions of dollars), there could be more promoted products and more competition to promote.

The most impacted segments could be digital native direct-to-consumer brands that used Facebook or Instagram advertising, for example, as the foundation for their business growth and success.

The businesses having success on social media advertising platforms are concerned about signal loss — the absence of tracking data that has made some social ads work so well.

“There is a lot of concern about the ability to track conversions due to some of the changes” coming from Apple and various web browsers, Ryan said.

Apple dramatically changed how tracking works on its iOS devices. App makers had unfettered access to Apple’s Identifier for Advertisers, which allowed Facebook and others to track individuals across apps, networks, and (when combined with cookies) across websites. But recent versions of iOS allow iPhone owners to decide if they want to be tracked.

Depending on the source, between 65% and 90% of iOS users choose not to be tracked. Thus, the signal loss.

This trend has driven “a lot of focus on attribution models, measurement, reporting, and the accuracy of that reporting,” Ryan said.

Social networks and their advertising platforms are embracing ecommerce and launching “shop” solutions.

“I mentioned the challenge of measuring conversions … but the ability to retarget is also impacted [by the new privacy settings]. So if you show somebody a product in a shop on Facebook or Instagram, Facebook knows what product they saw and can retarget them for you. But, if that happens off of the social media network, there might be no way to track them,” Ryan stated.

While the value of having a shop on a social media network is not limited to solving for signal loss, it wouldn’t hurt businesses concerned about social advertising performance as third-party tracking is restricted.

What’s more, social media shops may extend a commerce company’s portfolio of sales channels, allowing sellers to reach consumers where they are.