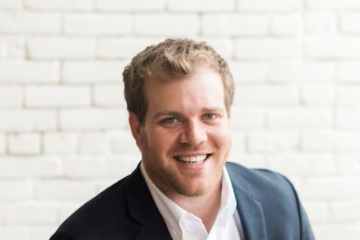 We’ve long addressed the value of content to engage, convert, and retain customers. That was presumably HubSpot’s rationale for acquiring The Hustle in February 2021 for a reported $27 million. The business-oriented newsletter had grown to roughly 1.5 million subscribers, all potential HubSpot users.

Adam Ryan joined The Hustle in August 2016, four months after its launch, as a part-time advertising salesman. By February 2021 he was president.

Ryan is now an investor and consultant, advising companies on content strategies. He and I recently spoke, discussing The Hustle, editorial for commerce, and more.

Our entire audio conversation is embedded below. The transcript that follows is edited for clarity and length.

Eric Bandholz: You joined The Hustle early on.

Adam Ryan: It was pretty new when I got there. It launched in April 2016. I joined the team part-time in August, four months later.

Bandholz: Then you headed up the sales. Beardbrand advertised in The Hustle.

Ryan: You were one of my first five-figure advertisers. But, yes, I built the sales team there and the revenue model. I did it all myself for the first eight months.

Bandholz: Let’s talk about behind-the-scenes stuff. We all see this newsletter go out every day with a million or more subscribers. But few of us know what it takes to do that.

Ryan: The revenue model was almost entirely ads. Although it started as selling event tickets. Hustle Con, the annual event for startups, used email to sell tickets. That was before I arrived. Then they realized the newsletter could be much larger with advertising. We also understood that if subscribers trusted us, we could sell them pretty much anything.

Bandholz: Tell us about the operations — developing the content and building the team.

Ryan: We needed great content and great writers. The first writer at The Hustle was Kendall Baker. He writes for Axios Sports now.

The other variable is subscriber growth. How do you grow? What are the channels? Organic? Paid? Influencers? You have to know how you’re going to expand.

And then the ad inventory, understanding the media business. It’s easier to launch as a media company and then add commerce.

Bandholz: Don’t you lose the soul, the independence, of a media business when the purpose is selling its own products?

Ryan: It depends. Integrating gambling into Barstool Sports is authentic to who they are. I don’t think any reader of Barstool questions it. If anything, it’s enhanced the brand. But HubSpot acquiring The Hustle in February is not as aligned.

One of my favorite examples, a company I work with, is Section4. It was founded by Scott Galloway, a professor at New York University. Section4 is an education portal. It democratizes business education via courses from top educators. Section4’s newsletter publishes Galloway’s take on business. It’s widely read. It fits easily into the courses, which are the commerce aspect. The newsletter enhances the brand.

Bandholz: How should traditional ecommerce or direct-to-consumer brands look at content?

Ryan: The content has to fit with the products they are selling.

For example, I work with a company called Pela, which makes eco-friendly phone cases. They are direct-to-consumer and 100% digitally native. I’ve been working with them to invest more in content. But not a blog. No one wants to read a blog. It’s more like what Beardbrand has done with its YouTube channel. It matches the lifestyle of your brand.

Pela created a media company called Everyday Eco, where folks can get news and info on sustainability topics. It’s a longer halo play to build a bigger audience. They’re monetizing with ads. So they’re staying cash-flow neutral or cash-flow positive, but over the long haul, they’re building a community of folks interested in sustainability. Recently they launched a compost product for the kitchen and used the community for distribution. They did $5 million of sales in two days.

That’s the power. But it has to be organic. It has to fit. Too many people try to force it.

The cheap way to get readers is to be crazy opinionated. That’s what makes MSNBC and Fox News suck. They take extreme stances. Gen Z doesn’t care about those outlets. Gen Z folks don’t care about what you say as much as how you say it. You’re human. You’re friendly. You’re likable, relatable.

My favorite examples of this are Jon Stewart and Jimmy Fallon. People watch and love them not because of what they say but how they say it. That’s how you build a content brand — by your personality, not by crazy opinions.

Bandholz: How do you find that voice?

Ryan: It’s super hard. Just record yourself talking with your best friend. Then listen to the recording — your inflection points, your cadence. Train yourself to do that all the time. Maybe you’re a little polarizing, a little offbeat. But you’ll attract like-minded people. That’s the start of a relationship.

Bandholz: The things I say to my friends might get me canceled. How do I know what to put out there for a broader audience?

Ryan: Use common sense. If I were starting a media company, I would have no constraints on writers and content providers other than following the values of the business. The world is full of opinions and voices. If you start constraining your talent as a media company, you’ll end up with bland content.

Bandholz: Let’s address newsletters, especially for ecommerce. At Beardbrand, we’ve gotten to the point where we lose as many subscribers as we sign up.

Think from a deeper perspective as a human. Media is about attention. Commerce is about a purchase. Getting those two to work together can be difficult.

Bandholz: It’s hard, clearly. Not a lot of people do it well. We touched briefly on building the team. You built a team at The Hustle with your buddies. It sounds like a disaster.

Ryan: Yes. Most people think I’m crazy. But I would do it again. It was the best time of my life. Working with people you love, sharing their values. I used to wake up at 3 a.m. not out of stress but out of the excitement of going to work.

Certainly working with friends brought downsides. Some folks I’ve fallen out of touch with. That’s been difficult. Others I had hard conversations with if they weren’t producing. It’s not easy. But if you can work with some of your best friends for three, four years, day in and day out, it’s a rare opportunity. I couldn’t pass it up.

Bandholz: What’s the future of media?

Ryan: Creators are having a moment. Platforms such as Substack, which helps creators monetize content via newsletters, are exploding. Rather than help brands, creators are making their own money.

But they’re creators. How do they manage sales and operations? What are their goals? A lot of these folks just want to make content. They don’t want anything to do with the money side. Others are like, “I can make life-changing money. How do I hit the gas?” So the goals vary among creatives.

There are two aspects of media that I find exciting. I see local as a massive opportunity, mainly through commerce, helping local businesses sell more in their area.

And then B2B, industry-specific content. Trade publications were enormous for so long. You’re seeing a lot of people going after that space. Substack is a breeding ground of industry experts who have the time to write a weekly newsletter.

So those are two of the things that I’ve been toying.

There’s an opportunity now for ecommerce brands. If I’m in a watch company, I’m likely interested in acquiring a killer newsletter from someone passionate about watches. You’re going to see a lot of opportunities to acquire those types of content providers. And it’s not to push a brand but to build the distribution.

Bandholz: How do brands evaluate those opportunities? How much are they worth?

Ryan: It’s part heart and part science. Most of them aren’t monetizing. As acquisition candidates, I classify them in two ways: Those that are building a brand and those that are promoting themselves. You have to value them differently. There’s only so much you can do with, say, a newsletter that’s tied to a person or personalities. But there’s a lot you could do with a brand.

Bandholz: What is that valuation math?

Ryan: It depends on the lifetime value of the acquirer’s customers. The higher the LTV, the more a subscriber is worth. A low LTV product might justify $1.50 or $2 per subscriber. A high LTV brand might afford $5 or $6.

Bandholz: Where can people learn more about you or reach out?