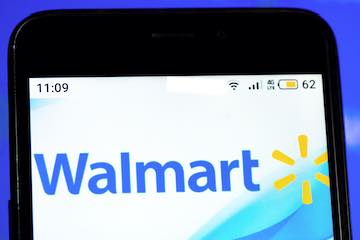 The subscription service—  launched about a year ago to compete with Amazon Prime — offers free shipping and subscriber-only discounts on prescriptions, fuel, and more. The service has grown to an estimated 32 million U.S. households, according to the Deutsche Bank’s monthly surveys of consumers. About 86% of Walmart+ members who responded to the survey also subscribe to Amazon Prime.

According to data from Pitney Bowes, the postage technology company, Amazon has displaced FedEx as a top-three U.S. deliverer of parcel shipments — boxes and packages delivered to people’s homes. In 2020, Amazon Logistics delivered 4.2 billion parcel shipments, up from 1.9 billion in 2019. By volume, Amazon now comprises 21% of the parcel shipments in the U.S., behind the U.S. Postal Service at 38% and UPS at 24% but outpacing FedEx’s 16%. However, FedEx has 34% of the parcel market by revenue, surpassing Amazon Logistics’ 10%.

Rewards application provider Shopkick surveyed over 23,000 American consumers in July to determine their holiday shopping intentions. Forty-one percent said they intend to do more online shopping due to Covid-19. Spending between $301 and $600 is the sweet spot for 30% of respondents, about the same percentage as last year. However, 21% said they would spend less than they did last year due to financial insecurity.

Thirty-one percent of respondents are interested in purchasing apparel this holiday season. Electronics — usually a popular gift choice — comes in only at 21%. Perhaps heeding warnings of product shortages, about 22% of consumers intend to shop earlier this year than last, with 25% expecting to do most of their shopping before Thanksgiving. Fifty-two percent of shoppers plan to do most gift purchasing between Thanksgiving Day and Cyber Monday. Over 60% of respondents stated that they plan to shop on Black Friday (compared to 57% last year), and 67% will shop on Cyber Monday (compared to 65% last year). More consumers indicate they will shop in physical stores this year vs. last year.