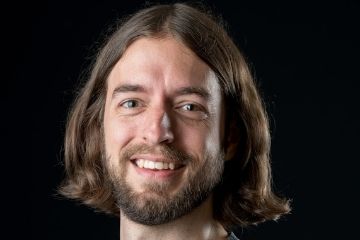 The viability of open-source ecommerce platforms may seem limited given the rise of SaaS providers such as Shopify and many others. Not so, says Ryan Szrama. He’s the founder of Drupal Commerce. He wrote the code in 2005 as an addition to the open-source Drupal content management system.

“Suddenly I was skyrocketed into collaborative development with a worldwide reach and a global community,” Szrama told me. “I became addicted. It was the way that I wanted to work and develop my software.”

Szrama remains focused on Drupal. His company, Centarro, develops Drupal-based ecommerce sites as well as custom apps and plugins. He’s a board member of the nonprofit Drupal Association, which controls the platform’s infrastructure and facilitates its development.

He and I recently discussed Drupal, “software freedom,” Centarro, and more. Our entire audio conversation is embedded below. The transcript that follows is edited for clarity and length.

Bandholz: Tell us the benefits of open-source software.

Szrama: Most folks on the internet use open-source software and don’t realize it. For example, Google Chrome and Android are open-source projects. End users worldwide benefit from thousands of developers — many on their own time, some sponsored by companies — working together to build those projects and make them more robust, more feature-rich.

When you think of Drupal, Joomla, WordPress, it’s the same story. That’s how I got involved in Drupal. In 2005 my employer was using osCommerce, an early leader in open-source ecommerce, to sell restaurant equipment online. My boss said, “I’d like you to use Drupal to build a marketing site for us.” I had to look up what Drupal was. But we downloaded the software and started contributing to it, adding features, making it do what we wanted.

That led us eventually to building an ecommerce platform in Drupal. This was that good era of the internet where one person slinging code at nights and weekends could accomplish something that would stand the test of time. It’s still possible today, but it was the Wild West then.

Bandholz: I downloaded and experimented with Drupal around 2008. What’s going on with the platform now?

Szrama: That was the Drupal 6 era. Drupal 7 took the concept of a piece of content, such as a blog post or web page, and applied it to products in an ecommerce catalog.

And then we transferred all of that to Drupal 8, which was a total rebuild. Before then, Drupal was largely module-based. There was my commerce project, plus a CRM, and an ERP. Separate ecosystems.

With Drupal 8, all content became first-class citizens, so to speak. Drupal 8 is an object-oriented application built on an open-source software framework called Symfony. Drupal 8 was a massive re-architecture.

The innovative push in the Drupal community today is around headless or decoupled CMS development. Drupal is now more in the background — a general data repository for web pages, products, orders, address books, payment methods, the whole nine yards.

So we have two ways to use Drupal: as full-stack to serve up the front-end or headless where Drupal is just the backend.

Bandholz: Are there plugins for Drupal Commerce?

Szrama: Yes. My company, Centarro, maintains dozens or more plugins that extend Drupal and Drupal Commerce. You just download them as needed. You can contribute to them if you want. Certainly some people don’t have the development capacity or the time to do that. So they’ll pay us to work on the app on their behalf.

But the assumption that’s explicitly stated in my company’s contracts is that any improvements that somebody’s paying for we contribute back to the open-source project. Once the code is paid for, it becomes part of the general library of features that anyone can take advantage of.

Bandholz: What kind of companies are best suited for Drupal Commerce?

Szrama: People tell me, “I just want a store. I’m starting out, trying to sell a widget.” And I ask, “Have you considered Shopify?” I want them to rule that out first.

Drupal Commerce is best suited for companies with content-heavy multimedia stores and robust workflows and controls around content, perhaps with third-party, digital-asset management tools or content repositories. Those kinds of companies are not well-served by your typical SaaS platform or even an ecommerce centric, open-source project, such as Magento.

So for them, Drupal is the differentiator as a content management system. Then they add Commerce, our feature set, to it all. Once they open up the flexibility, it’s hard for brands to stick with what comes out of the SaaS box.

Drupal also appeals to companies that require a combination of features, such as multi-lingual, multi-domain, multi-currency, multi-checkout, B2B plus B2C.

Bandholz: What is the investment to use Drupal Commerce? I realize every business is different. Shopify Plus costs around $2,000 a month to get going. And then it scales based on revenue.

Szrama: Every business is different, as you say. Most of our work is with companies with internal developers who know the software and make $70,000 to $120,000 per year, working in-house.

At the high-end, we work with companies that spend a quarter-million dollars a year to improve and expand upon the feature set of their ecommerce platform.

Bandholz: I love the open-source culture. What’s the vision for Drupal in the next five, 10 years?

Szrama: Drupal has a mature community and governance system. By no means is it perfect, but in many ways it is a model for other open-source projects. A nonprofit called the Drupal Association controls the project’s infrastructure but not the software itself. I’m on the board of the Drupal Association.

The Association just produced a digital conference called DrupalCon Global. So the Association facilitates the ongoing development and collaboration of this massive community.

However, it’s very different. Their leadership and management styles are very different. Dries also runs a company called Aquia that heavily invests in Drupal. But Acquia does not control Drupal in the same way that Automattic (Matt’s company) controls WordPress and its community. And Dries has delegated a massive amount of authority to others.

Dries makes a lot fewer decisions about the software today than he did 10 years ago. His influence is more strategic and high level.

Drupal is a rare open-source project that isn’t corporately controlled. So we have to concern ourselves with things like how contributors to the project stay in business. Should the Association have an active role in helping people raise money or be paid for their work? Or how do we incentivize companies who use the software and then sell it for massive amounts of money? How do we convert those people into giving back?

The Association is thinking through a lot of those things. I want contributors to be financially successful. We’ve considered paying an annual fee to contributors, who would then make their software available to everyone.

Bandholz: I can see Drupal being a good fit for non-traditional businesses, such as the marijuana and gun industries. With open-source, those companies could control the code. They might have to move the host.

Szrama: Right. Most online companies cannot take the code with them. One of my partner agencies, Acramedia, is applying Drupal and Drupal Commerce to the weed industry in Canada. Businesses in the healthcare industry have to ensure privacy rights and HIPAA compliance. Those sorts of businesses need to care more about software freedom than they realize.

Bandholz: Where can people learn more about you and stay in touch?

Szrama: I’m on Twitter and LinkedIn. My development company is Centarro.io. Our work is on Drupal.org. Centarro’s website and newsletter are where we keep people abreast of our projects and our roadmap. We maintain a Slack channel as well on the Drupal Slack, called Commerce.