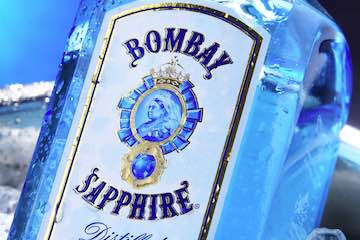 The end of third-party cookies and the beginning of opt-in user tracking in Apple’s iOS devices have some advertisers worried, but pivoting toward first-party data and better customer experiences may lead to even more success.

“Advertising is not dead, and that’s the fear that marketers have,” said Liz Emery, senior director of mobile and ad tech solutions at Tinuiti, an agency, who joined Nirish Parsad, a marketing technologist at Tinuiti, during a live event for the CommerceCo by Practical Ecommerce community on April 8, 2021.

“It’s all about pivoting. Privacy changes…have been happening for a long time. As an industry, we have always pivoted. Right now, there are a lot of changes happening at once. It is getting a lot of press. People are stressing. But it’s all about adapting to the changes. And, if anything, it’s our opinion [at Tinuiti] that you’re going to come out stronger by adapting to what consumers want and building that trust,” Emery said.

Whether they know it or not, many advertisers — including companies in omnichannel retail, ecommerce, or wholesale — have become dependent on so-called third-party data for ad targeting and ad success.

When these companies place retargeting ads on Google or build audiences on Facebook, they may well depend on data from third-party cookies or from users’ mobile devices.

Privacy advocates and regulators have been pushing large ad networks and tech companies to stop tracking individuals. The result has been twofold.

First, there are many new laws, including the European Union’s General Data Protection Regulation, the California Consumer Privacy Act, and the Virginia Consumer Data Protection Act. All are aimed at giving folks more control over how and when they are tracked.

Second, this advocacy has led companies such as Apple, Google, and Microsoft to make changes to their devices and browsers. Apple, for example, has announced that the unique identifier used to track iPhone owners will soon become opt-in only. If folks refuse, ad networks will have lost lots of individual data. And Apple’s Safari, Google’s Chome, and Microsoft’s Edge browsers either have stopped or will soon stop using third-party tracking cookies.

In short, as Emery put it, the advertising community may experience some signal loss. It may have less individual, behavioral data.

Think about how reliant the advertising industry has become on third-party data.

A person’s individual behaviors are up for auction at many ad networks. For example, an omnichannel sporting goods retailer can place a programmatic ad campaign targeting individuals who live in zip codes near the retailer’s physical stores, whose daily commute takes them past one of those stores, who have school-aged children that are active in youth sports, and who have been browsing for birthday gift ideas.

While that might make an ad wonderfully relevant, it doesn’t do anything to endear that shopper to the retailer or encourage the retailer to provide a transparent and better shopping experience. Rather, it depends on surveillance that should have been alarming to shoppers and advertisers alike.

Advertisers can view this signal loss as a problem that has the potential to cripple their businesses. Or they can use these changes to make their advertising and marketing better.

“In 1991, Congress passed the Telephone Consumer Protection Act. That law restricted faxes. There used to be a time that if you had a fax machine — basically a printer in your house — anybody…could send you whatever they wanted. The TCPA prevented people from just faxing you randomly and also calling you without your permission. So that was an opt-in law,” said Nirish Parsad, the marketing technologist.

“Ten years after that we had the ‘do not call’ list, and we had CAN-SPAM [the Controlling the Assault of Non-Solicited Pornography And Marketing Act] that restricted email. Those things didn’t kill email, didn’t kill communications. They made the experiences better,” Parsad said.

The same could be true for the forthcoming changes to digital advertising.

For example, to learn how it might promote its liquor brands in a world without third-party tracking data, Bacardi ran an advertising campaign for one of its brands, Bombay Sapphire gin, in the United Kingdom, according to The Wall Street Journal.

The campaign sent offers such as emails and Instagram ads to 10,000 consumers who had visited Bacardi’s website or distillery. The campaign did not use third-party data.

“The result was a click-through rate, which indicates how often ad exposures lead to clicks, around 9-percent higher than previous campaigns that relied on common but now endangered targeting methods, such as using data from third-party sources. The new campaign also saw a 14-percent increase in cost efficiency as measured by a cost-per-click metric,” wrote Alexandra Bruell in the aforementioned article.

Bacardi took the time to know its customers and found its ads worked better. As Emery said, pivoting could make your advertising stronger.