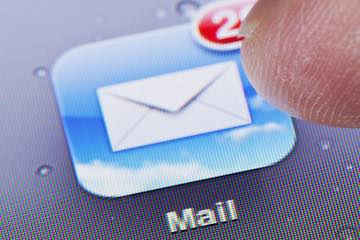 When it’s released this fall, Apple’s iOS 15 could make capturing some email marketing metrics more difficult, which might improve performance.

On June 7, 2021, Apple described some of the new privacy features it would offer in its forthcoming operating systems for the iPhone, iPad, Apple Watch, and Mac computers — specifically iOS 15, iPadOS 15, watchOS 8, and macOS Monterey. The changes to the iPhone might be the most impactful given the number of individuals who read emails on that device.

The Apple operating system privacy updates will impact email tracking — and by association email marketing — in three ways, according to Val Geisler, a customer evangelist at email service provider Klaviyo.

Hidden email address. The first of these features, according to Geisler, has been available to Apple customers for some time, but Apple will promote it more prominently to users and make access easier.

An Apple support article from December 2020 described the process of hiding an email address as “a unique, random email address is created, so your personal email address isn’t shared with the app or website developer during the account setup and sign-in process.”

Hiding an email address may make it relatively more difficult for list consolidators or even individual businesses to build customer profiles and track behavior across websites or apps.

No IP address. Apple’s Mail app will not share a user’s Internet Protocol (IP) address, making it difficult to identify a user’s location and thus build a profile of that person.

But not everyone likes being tracked. So Apple will allow folks reading email on iOS 15 the chance to opt out of tracking, meaning marketers won’t see open rates from those recipients.

Email marketing professionals can view Apple’s privacy updates as a hurdle or obstacle to doing their jobs. But the changes might make email marketing better and more effective. Better privacy for consumers could require marketers to do a better job of understanding and segmenting subscribers.

Consider the email open rate, which is, perhaps, the most notable casualty of Apple’s proposed privacy improvements.

“While opens can be an indicator of the awareness you’ve generated around a particular message,” wrote Chad S. White, head of research at Oracle Marketing Consulting, “they don’t necessarily correlate to bottom-of-the-funnel business metrics like conversions and revenue. They don’t do a great job telling you if your subscribers are getting value out of your emails. Clicks and conversions do a much better job of measuring that.”

While some suggest that open rates may help with subject line optimization, White disagreed.

Opens, according to White, are primarily a measurement of list health and subscriber activity.

But do you need it? Instead of relying on open rates, what if you relied on clicks as a measurement of engagement? It might work better.

Accuracy. What’s more, open rates may or may not be accurate.

Apple’s Mail app will prevent tracking simply by not loading the spy pixel. Effectively, anyone can already do this in just about any email client by not automatically loading images. Here are five articles describing just how to do it.

Many factors come into play here, but, in at least some cases, it may be difficult to identify the percentage of subscribers in a list or a segment whose email client is not loading images. So, again, it might be better to measure clicks instead.

Thus, email marketers might better understand their subscribers and customers when they stop using open rates.