A Subdued Prime Day 2021 Despite Competitors 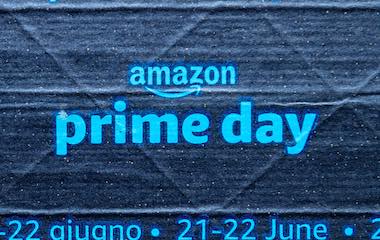 Every year since 2017 I’ve written an analysis of Amazon’s Prime Day — 2020, 2019, 2018, 2017. This year’s review includes the online sales of certain competitors rather than Amazon alone. Amazon itself does not share complete Prime Day revenue figures.

Target offered its Deal Days from June 20 through June 22, and Walmart ran its Deals for Days sale from June 21 through June 23. Both companies’ online U.S. results, along with those of Best Buy and Kohl’s, are included in Adobe’s Digital Economy Index of Prime Day 2021, which is based on Adobe Analytics data of 1 trillion visits to retail sites and over 100 million SKUs in the U.S., U.K., and Japan.

Discounts were greatest for toys at 12% and appliances at 5%, with electronics at just 2%.

Adobe’s Index reported that Amazon’s overall sales growth was modest compared with past Prime Days. Prime Day in 2020 was held in October, and perhaps having only eight months between the two events dampened results. Sales from marketplace sellers increased more than Amazon’s own products compared with Prime Day 2020, according to Amazon. This occurred despite many sellers not offering Prime Day discounts because of increases in supply chain costs as well as inventory and warehousing problems. Amazon had imposed inventory limits on sellers using Fulfillment by Amazon.

According to Amazon, over 250 million items were sold globally on its platform this year. The main Prime Day U.S. deals page featured live-stream promotions hosted by various celebrities and shopping influencers. This year Amazon transitioned from promoting mainly electronic goods and emphasized its private label consumer brands, most prominently kitchen and household goods as well as pet products. On its deal page, Amazon separated its electronics categories from its other private label brands, distinguishing between “Amazon Brands” and “Amazon Devices.”

Market research firm Numerator conducted a survey of 3,132 Amazon Prime Day shoppers in the U.S. According to those results: